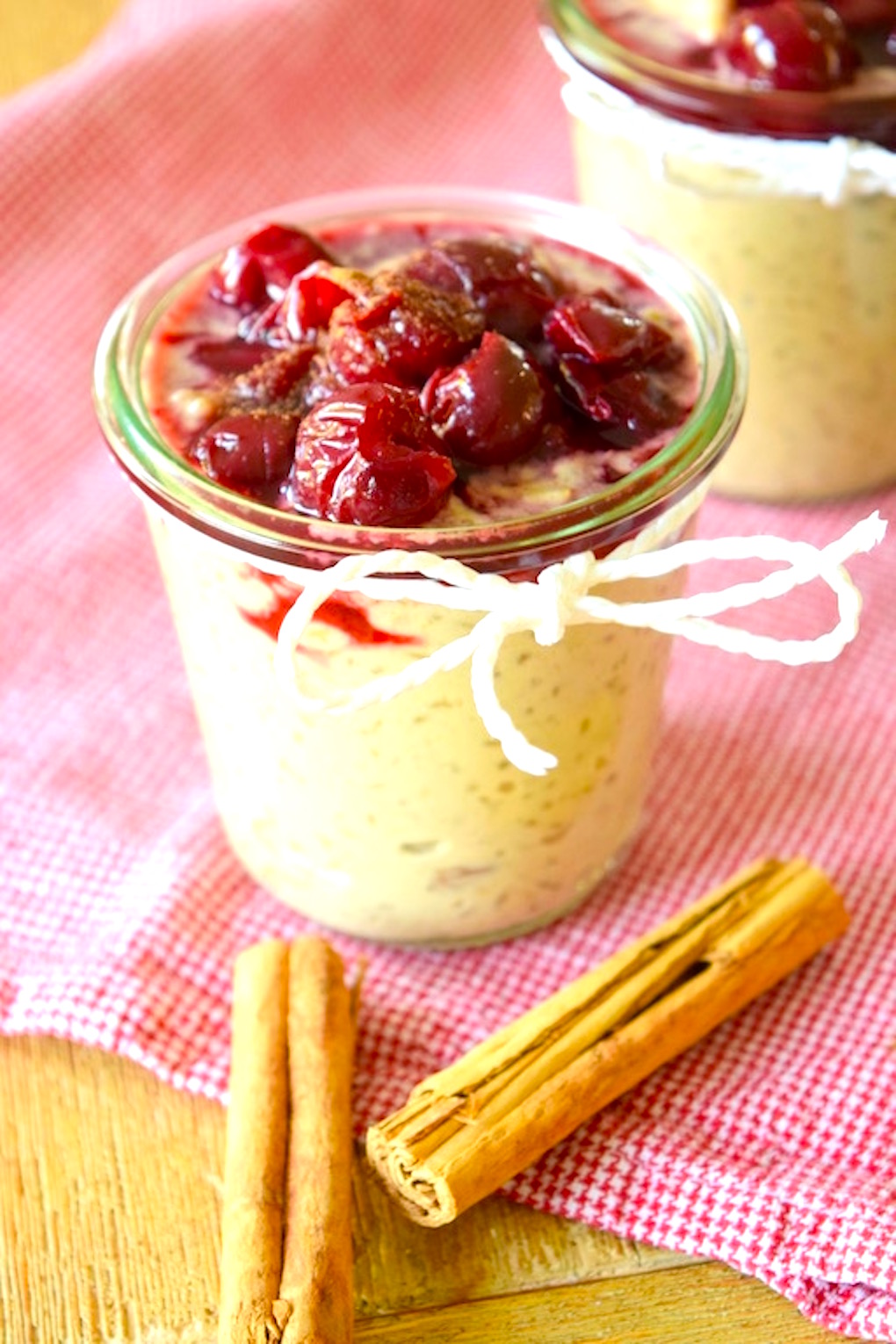 While writing this blog post I`m having this delicious rice pudding as my dessert and thoroughly enjoying every spoon of it!
This recipe is inspired by the Indian rice pudding, called Kheer. It is made for celebrations and festivities. Traditionally Basmati rice and cow`s milk is used, but for this recipe I used whole Mochi rice, as I like to cook with wholesome foods for a higher nutritional value.

Mochi rice has its origin in Japan and is perfect for sweet dishes due to its slightly sweet flavor. Taste wise this recipe comes quite close to its Indian counterpart and got the thumbs up from Mister S. 🙂 Actually this rice pudding is a dessert but it would make a great breakfast as well. And by the way, whoever said that you can´t eat dessert for breakfast?! 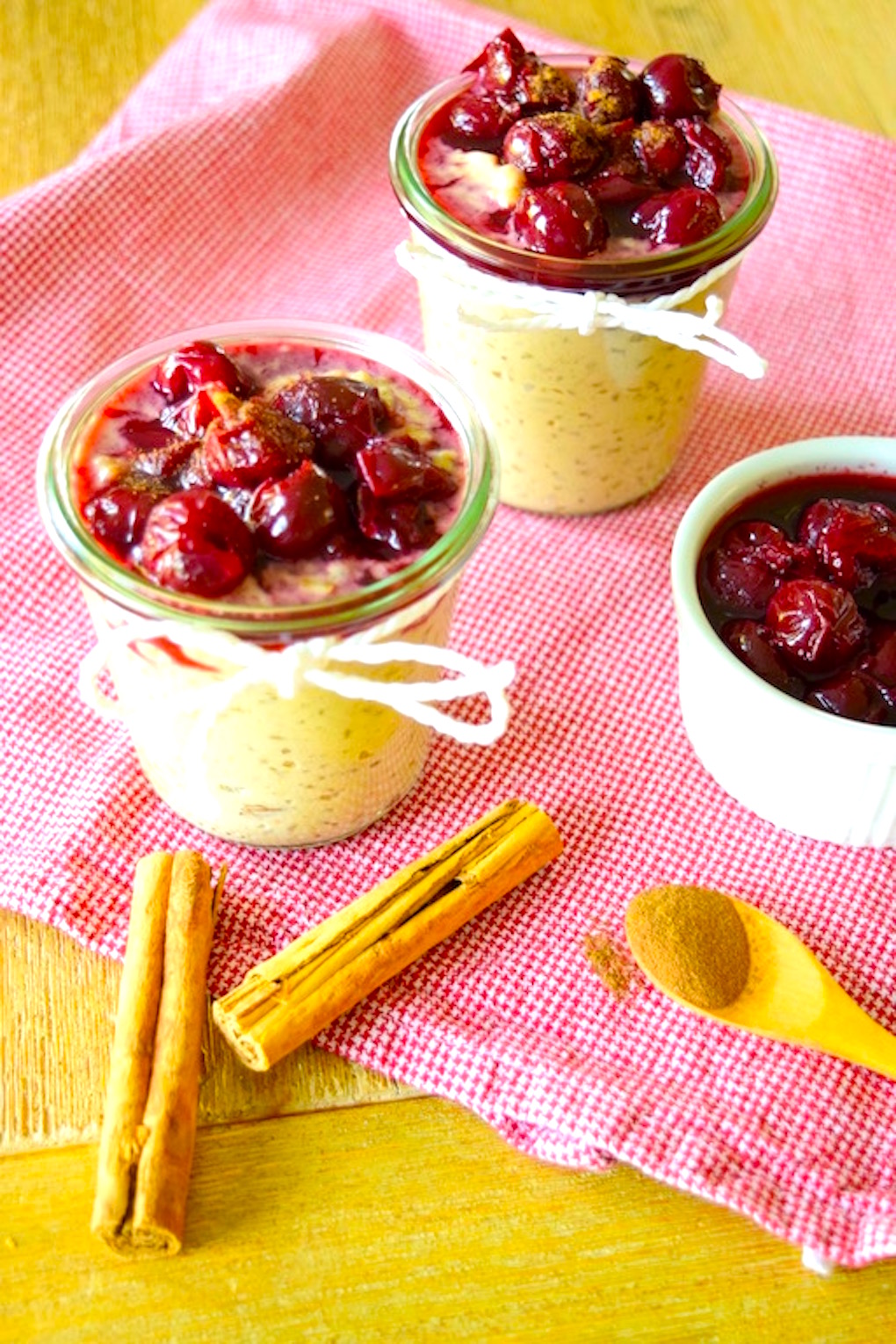 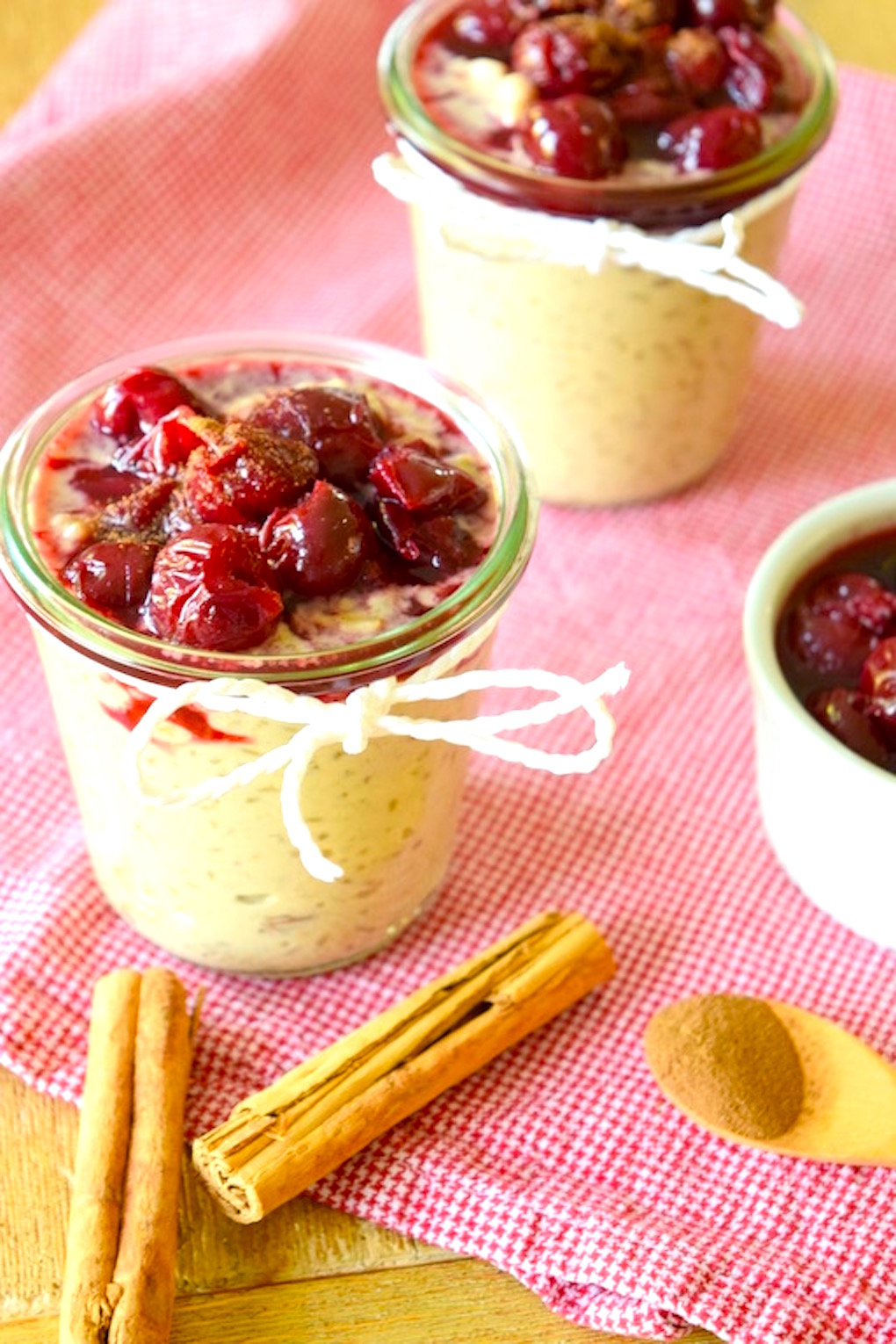 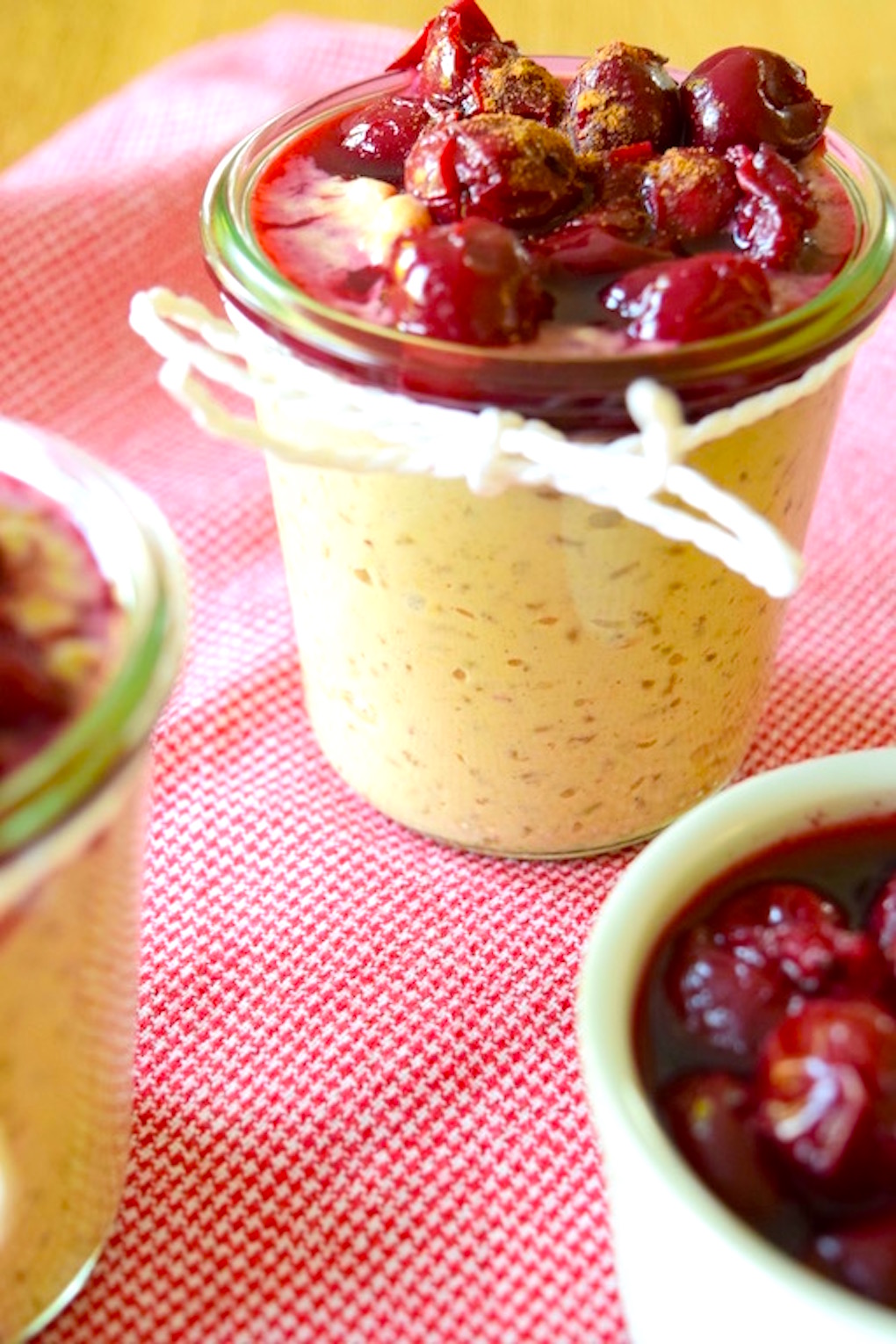 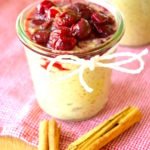 For the rice pudding

For the vanilla cherries

Chestnut-chocolate slices with a touch of cinnamon