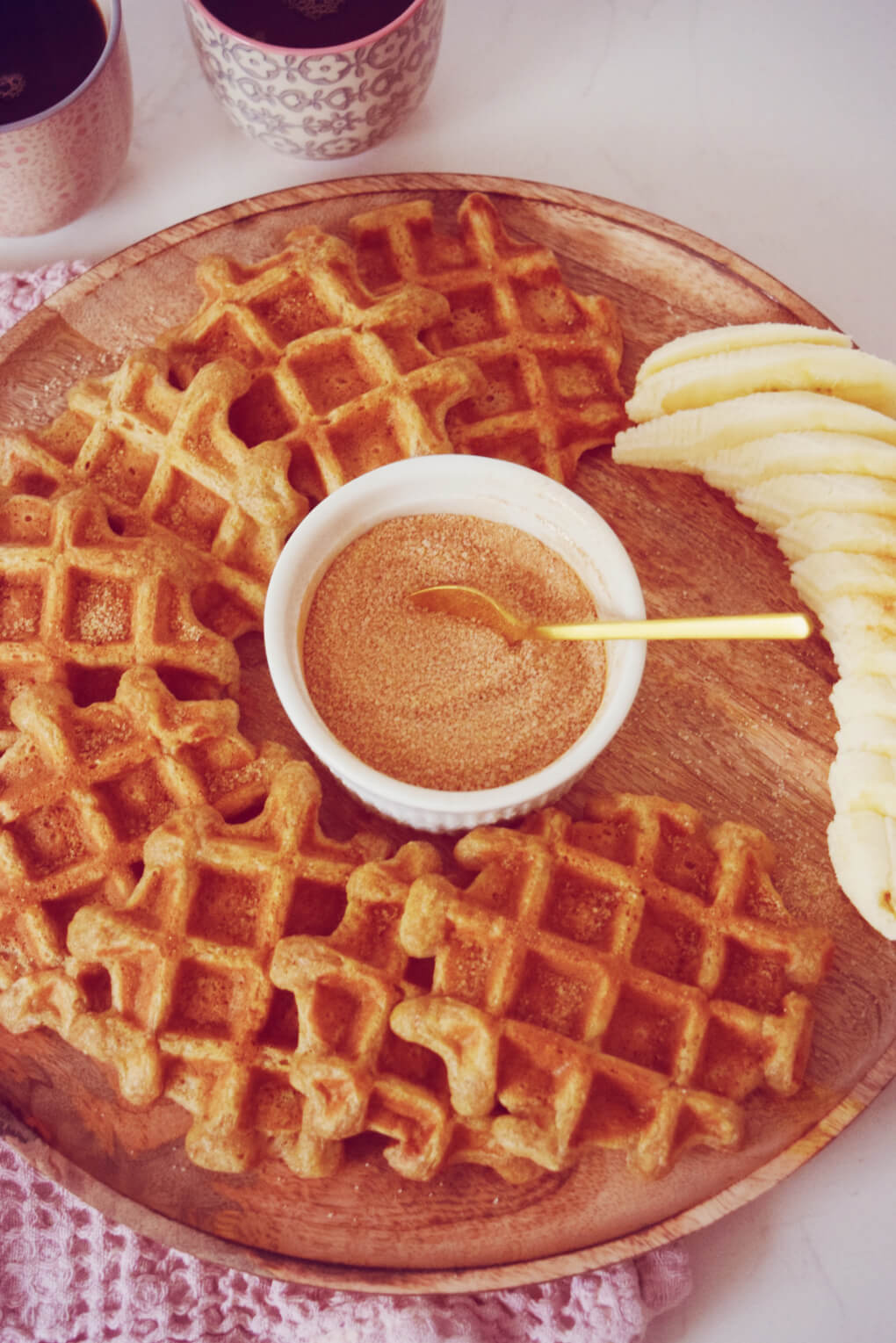 Here’s a scenario that happens in my house all the time. Just “really” shortly after lunch my kids come running into the kitchen, rummage through the fridge just to declare that there’s no food to eat but they are so hungry and can I please make them a snack. Hm, did I not just clean that darn kitchen?! Who’s with me on that and what do you do? No other option I guess as to look what’s left in the house and stir together a quick and healthy snack like these waffles. The kids were happy and satisfied after eating those and could also help with mixing the ingredients. So it turned out to be a hit and something you can whip up in no time.

These waffles are also wholesome and full of potassium which helps you get over the afternoon low. They also smell amazing of cinnamon and vanilla. I find this always makes for a cozy and comfy feeling in the house especially if the weather is as grey and dull as in November. So since I made these waffles many times by now but never noted down the ingredients I thought of finally making them into a proper recipe for you guys. The waffles would be also great as a healthy breakfast alternative. You can also easily switch some of the flour to oats which gives it a nuttier texture.

Wishing you a great rest of the week! 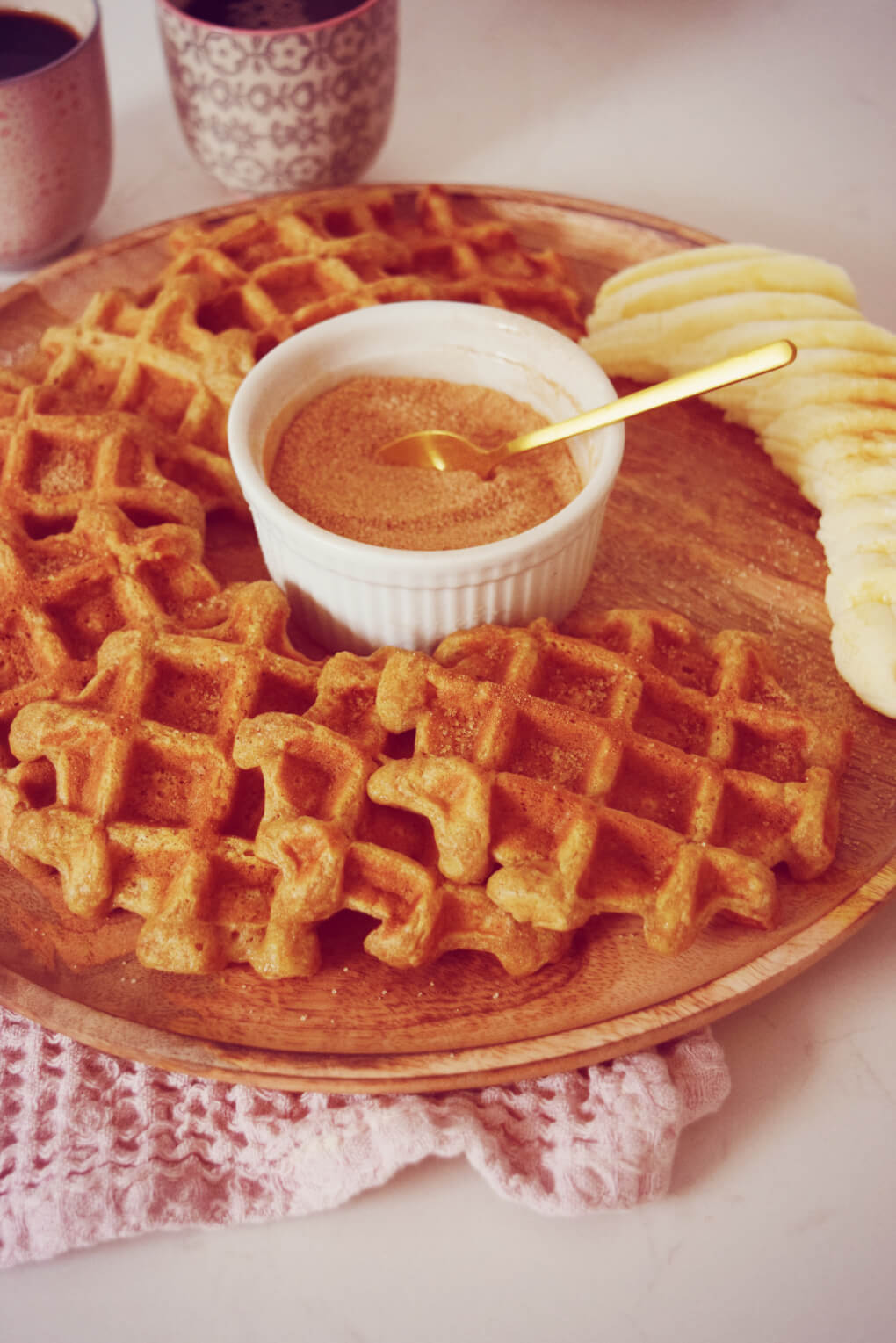 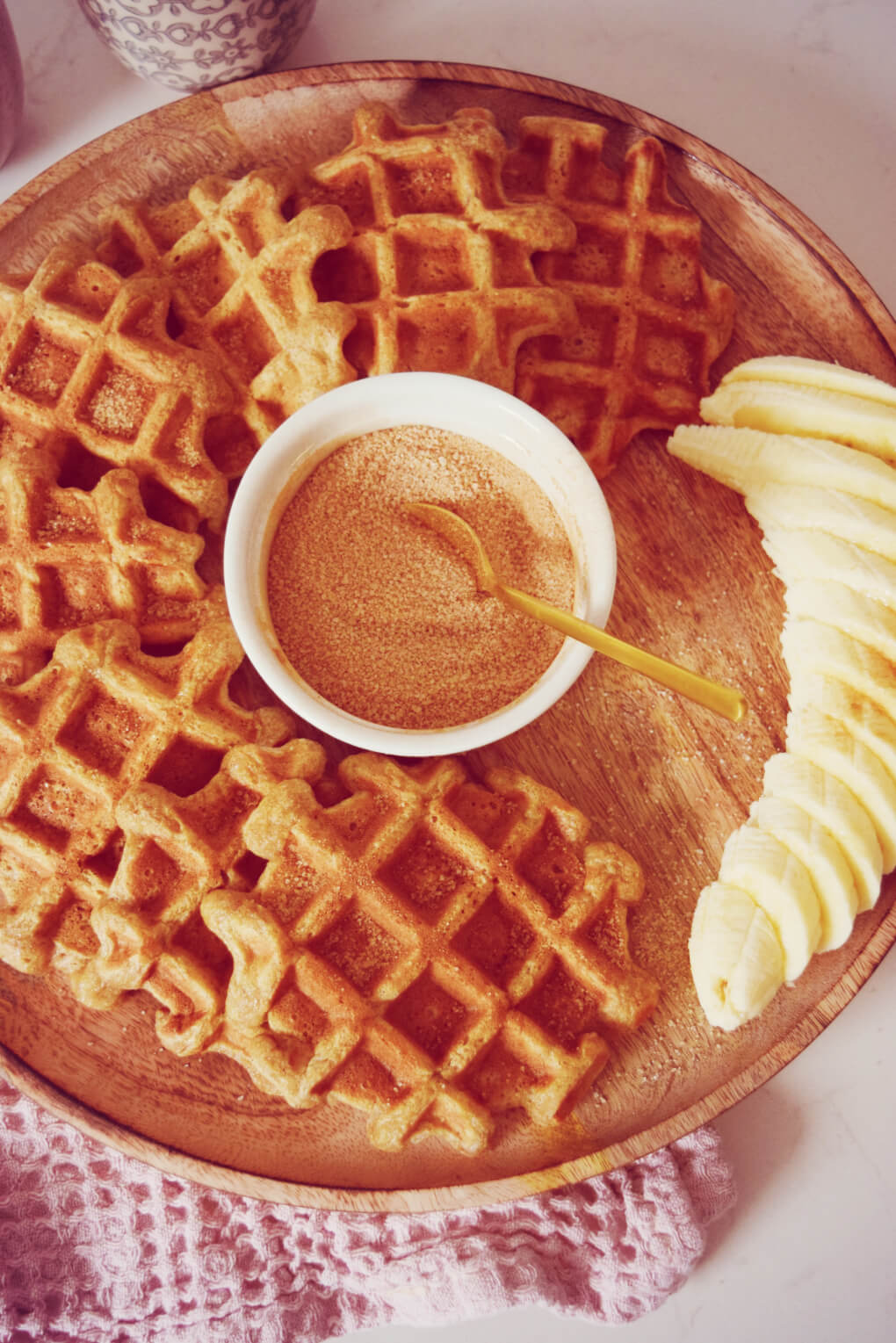