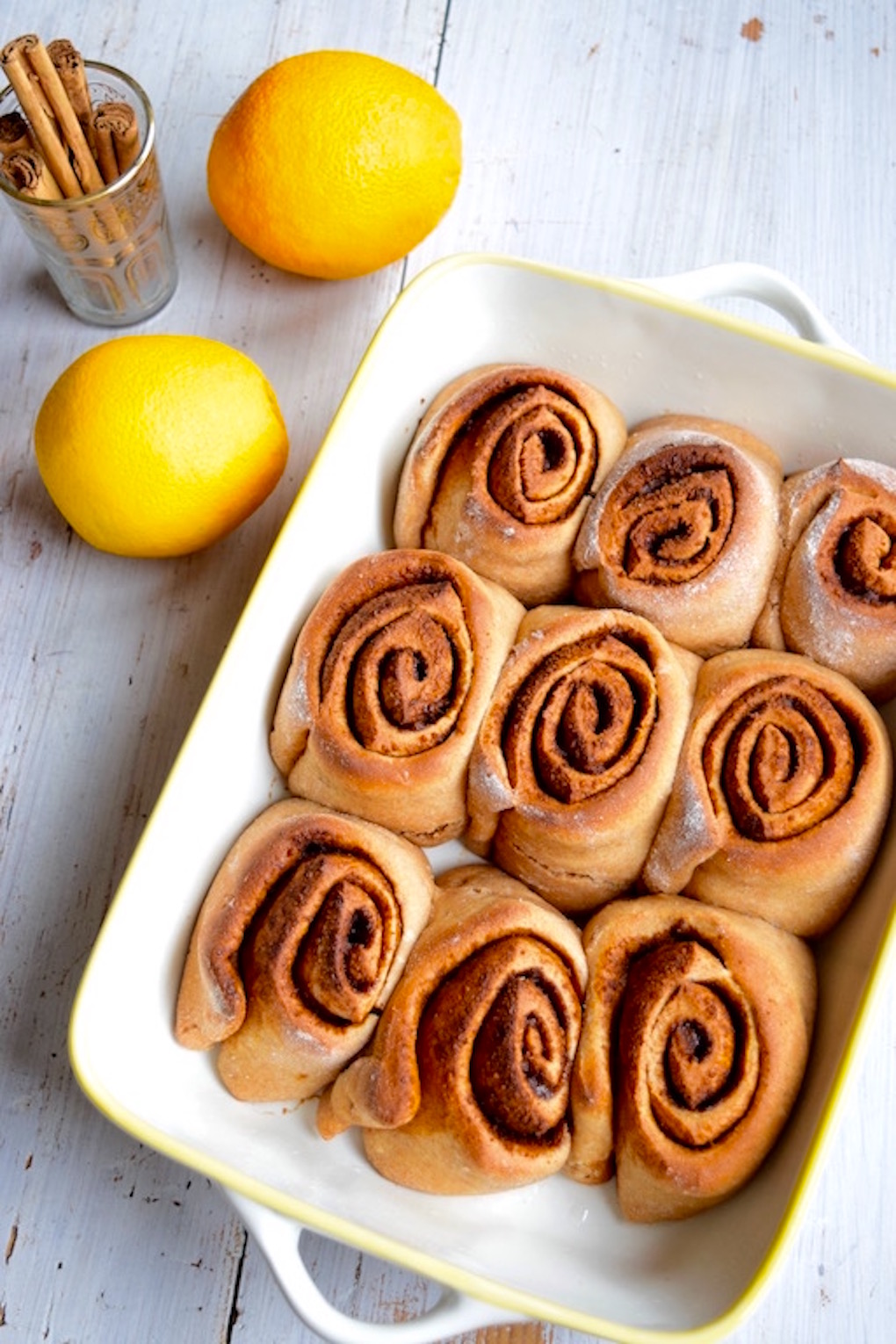 Cinnamon rolls are one of my favourite treats. Many years ago during our initial years in the US we had to completely furnish our apartment, so we there was no way ignoring the big furnishing store starting with an “I”. We needed everything starting from spoons to bed sheets, chairs and everything else that one needs in the mail life. Once you make it through the long lines at the cashier, this furnishing store sells apart from hotdogs, freshly baked cinnamon rolls covered with a thick sugar glaze. Even Mr. S. and I were already quite conscious about what we were eating, we couldn’t always say “No” to such an offer and gave in to temptation. Especially Mr. S seemed to love them quite a bit and suddenly became fond of shopping there.

Ever since I wanted to create a recipe which not only contained less sugar and fat but would still taste just as good. I think I came really close with this one. It’s made with whole spelt flour, coconut oil and coconut blossom sugar. I added orange peel to give it that nice extra punch. We love to eat them for brunch or with a cup of coffee in the afternoon. 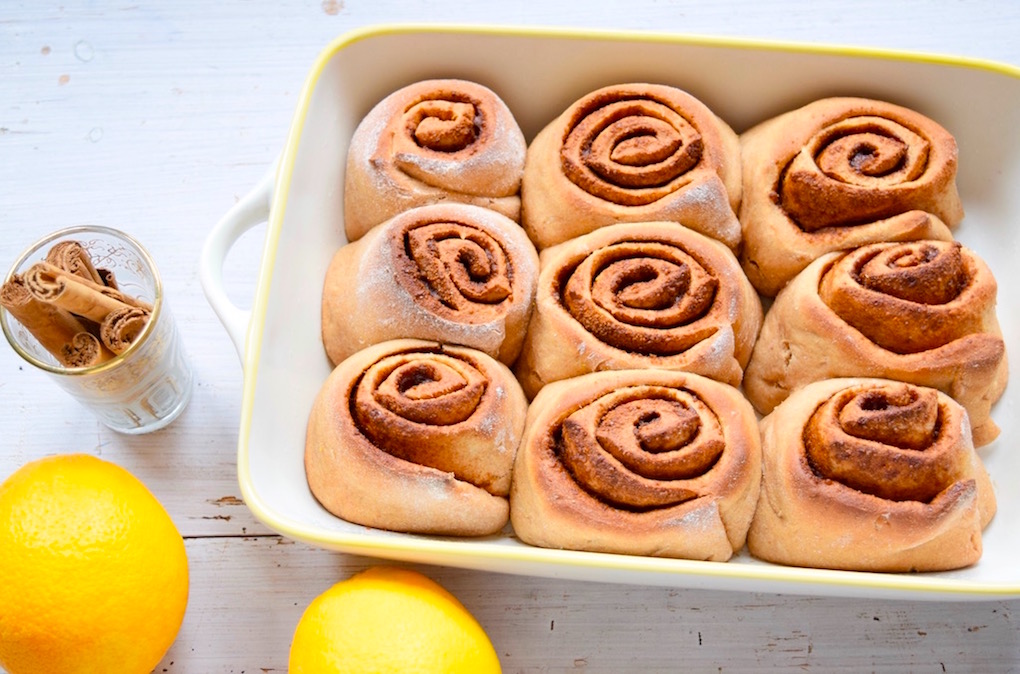 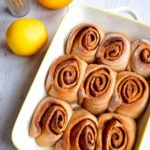 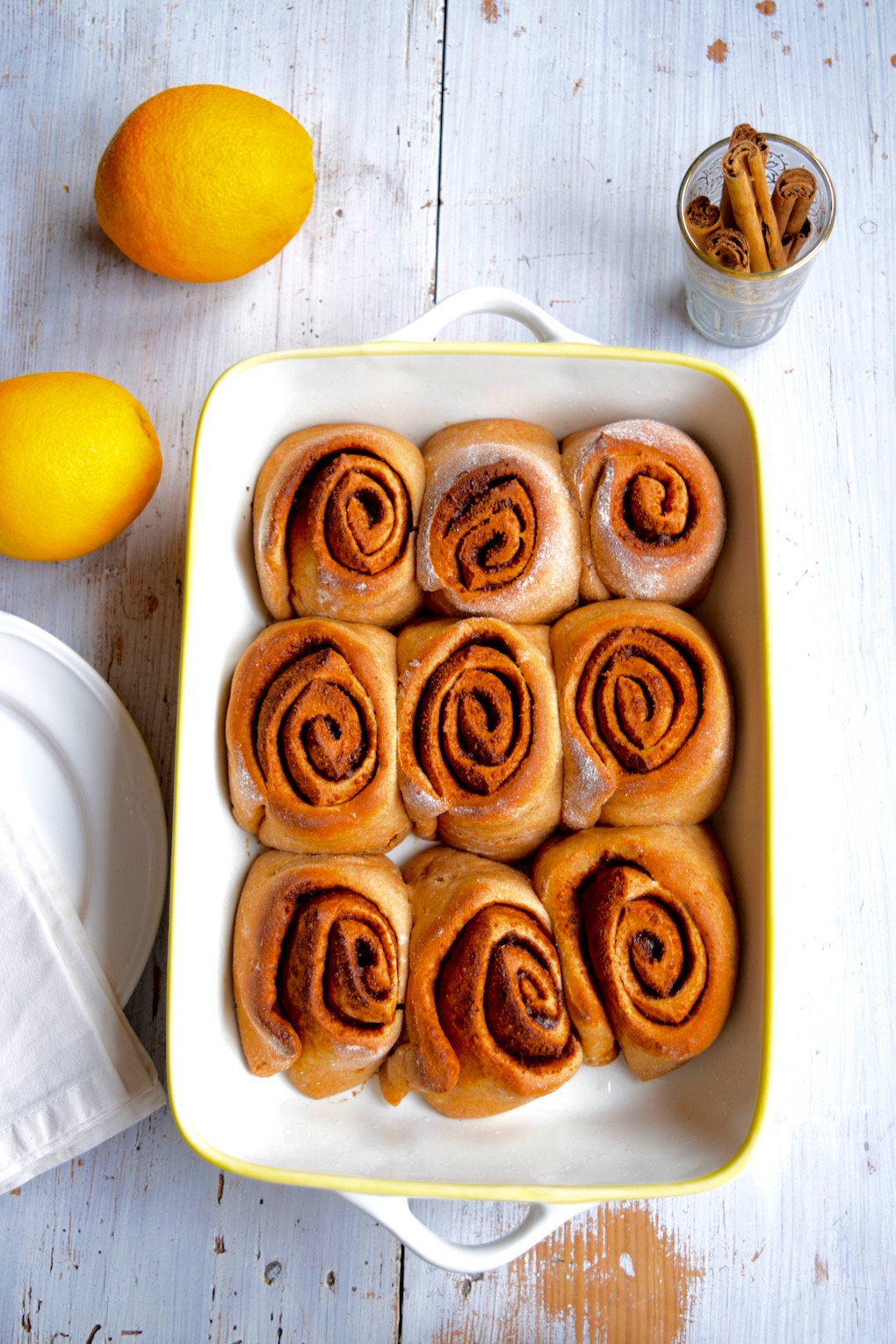